We are open for Indoor Dining as well as Take-Out.

We’re all in this together.

Woody’s at the Airport is completely committed to your satisfaction and safety. Covid safety regulations—including personal protective gear, physical distancing and utmost sanitation are strictly enforced. 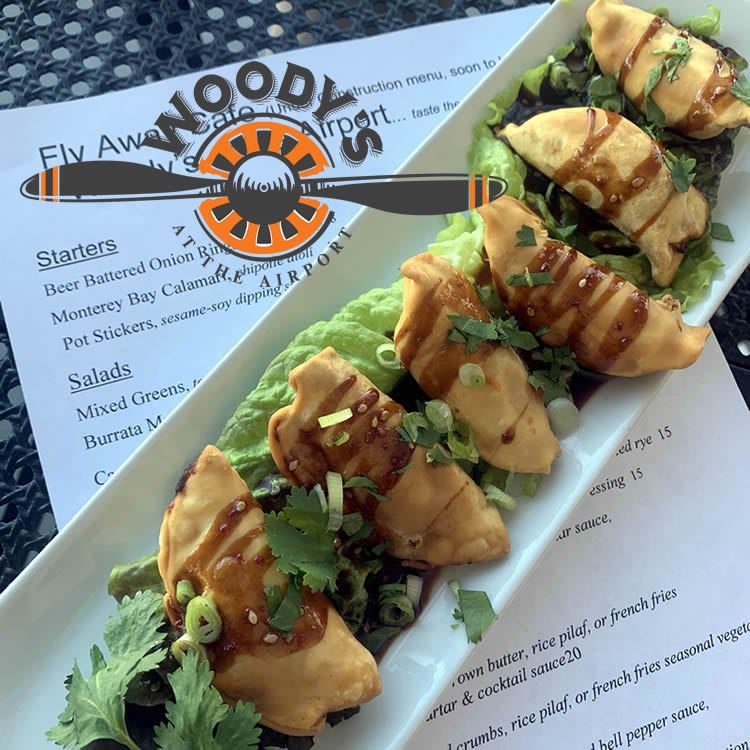 “A locals cult hit reborn​. Thank goodness it’s back! Golden Tee was one of my favorite places… such a good vibe in an under-the-radar spot. Now it’s even better.”

About the Monterey Regional Airport

Monterey Regional Airport (IATA: MRY, ICAO: KMRY, FAA LID: MRY) is three miles (5 km) southeast of Monterey, in Monterey County, California, USA. It was created in 1936 and was known as the Monterey Peninsula Airport until the board of directors renamed it on September 14, 2011.

The airport is owned by the municipalities that make up the Monterey Peninsula Airport District. It is a public entity and its five-member board of directors is publicly elected.

The airport has its origins with flights from the polo field of the Hotel Del Monte in 1910. In 1941 local communities formed the Monterey Peninsula Airport District and acquired land to build an airport. World War II intervened, and the U.S. Navy leased the land, opening Naval Auxiliary Air Station Monterey on May 23, 1943. The Navy remained at the airport until 1972.

The airport covers 496 acres and has two runways.